For a girl whose lowest grades always came from English class, I never thought I would confidently call myself a writer. Then I assigned myself the challenge to start a blog and post for 100 days in a row after getting an “innovation bingo” card that was meant to give students like me ideas for ways to stretch our creative minds over the summer. The activities wouldn’t be graded and we weren’t required to do any of them at all, but I love a good challenge.

At first I was at a loss for what to write about, but I learned quickly that it’s best to write about what I know and observe. My first few posts still make me laugh because they were very short, hardly a few paragraphs, and each of them were about somewhat cliche topics. However, as many teachers often say, “The more you practice the better you get,” and over time my writing actually got better.

Much to my surprise I slowly got more followers as my writing improved; thought leaders from around the world are constantly commenting on my posts. I still just write about my daily observations, but my observations have grown more insightful. Furthermore, blogging has allowed me to learn more about myself and has opened me up to new opportunities.

Knowing myself is the first step to being able to better understand the world. Truthfully, I believe that K-12 education does not focus enough on students learning about and discovering their sense of self. My sense of self has developed immensely due to blogging because sometimes when I write and then read over my writing, I’m able to discern trends and tendencies about how I act and respond to situations better than I can otherwise. I can then hypothesize about my future self in situations based on these observations. I’m still discovering more about myself everyday, and it makes me excited—I wish more students got the chance to experience this. As I move forward in life, I hope to learn more about ways to help other kids learn more about themselves because that’s how we grow.

One thing that I have learned, is that I deeply desire to be a part of the movement to transform education. Students of today’s schools need to be prepared for jobs that are yet to exist, and a school that is still following the traditional norms of an Industrial Age school is simply not going to prepare kids to solve the problems of tomorrow. One way I have contributed to this movement is by learning about the process of design thinking, human centered problem solving, which has allowed me to see problems in my everyday life as opportunities for change and innovation. Over time, my blog has become more and more related to education transformation and ways that I believe we can blur the lines between “school” and the “real world” in order to give students authentic learning experiences that will help them throughout their lives.

Blogging has given me a place to share my story in a way that allows me to easily look back and find trends and connections between my observations. And, on top of everything, I’m constantly expanding my network and being asked to participate in new opportunities. Writing helps us think, reflecting helps us grow, and sharing helps make the world a better place—blogging is all three in one! I know I’m not the best writer in the world, and I know there’s much to improve on. But, since I’ve been blogging, I’ve developed a new confidence and appreciation for having the ability to share my own individual voice with the world.

To learn more about my thoughts on how I started blogging and my tips for using blogs in the classroom read my post: Share, Record, Network

I still haven’t really processed it, and I don’t really want to. TIP has meant so much to me over the years. It’s been more than just a place for learning about math. I’ve made life long friends and had experiences that can’t be replicated anywhere else.

Last nights’ talent show was beautiful and hilarious and depressing and all around one of the most powerful moments of friendship. We had everything from solving a rubric cube while jump roping on one foot, to kazoo dub step, to disney flute duets, to 4th year traditions, to a medley of all of the TIP tradition songs. All 37 acts made for a great show that made for a spectacular end to my last term.

I will remember getting onto a bus at 9am and looking out of the window at a crowd of crying people that came to wish us all goodbye one last time. And as we drove by, I remember thinking, “Ohana means family, and family means no one gets left behind or forgotten.”

Some TIPsters I’ve known for 3 weeks. Others 4 years. All of them feel like family. And together we are at home. You may leave from time to time, but in the end you always find your way back home. 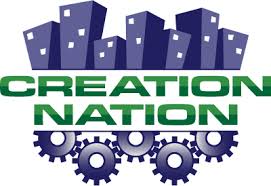 Today Kat and I had a Google Hangout with Grant Lichtman author of The Falconer and it was pretty great! What we talked about really made me think, but also it was cool because it was just Kat and I, not all of ID that did this. We talked about our passion and found out that others care too, so we connected and got to have some amazing discussions about something we genuinely care about. This post is mainly a reflection on the thoughts sparked from this conversation.

Ever since I started reading The Falconer I’ve been thinking about this, and Mr. Lichtman gave a great little phrase for his answer, “If we had ham, we could have ham and eggs if we had eggs.”

Mr. Usher is a story, a myth, a fantasy. His world, does not actually exists anywhere today. I want school to look like Mr. Usher’s classes because I want to fill my quiver with a myriad of different arrows that I will need to thrive in the world, and in my mind what school is designed for is getting to college, not filling my quiver. This is my problem; my dissonance. Luckily, I love a good problem because it is really just an opportunity in disguise.

Now the underlying problem to me solving my problem is that not everyone wants what I want from school. Some people want to just focus on taking APs and getting into college. The conversation on redesigning education has grown a ton since the 80s when Mr. Lichtman published The Falconer. Back then people thought he was crazy, but he didn’t write the book for other people, he wrote it because “when something is inside of you, you just have to get it out,” and it happens that a few other students out there wanted it too.

I really admire and respect this answer because that is exactly why I blog; I don’t blog because other people want me to, or because someone is going to give me a number followed by a letter that is suppose to capture my learning. I blog because I have thoughts that I need to get out of my head and try to make sense of. I could care less about who else cares because what is important is that I care.

With every new conversation I have I start to believe further into the idea that you can’t force people into a conclusion. Not everyone learns the same way or has the same world views, and the way we are educated is a huge part of how you view the world. When you think about it, there are really 3 model possibilities for schooling:

I wonder if MVPS is trying too hard to force people into believing that the New Schooling method is the “correct method”. What if it isn’t? We can’t prove that New Schooling will truly make kids more prepared for the real world, we can only hope based off of the logic we have used.

Asking all teachers to redesign their courses so that they have design thinking in their class is much different than trying to incorporate little steps and methodology of what the purpose of design thinking is into a class. Design thinking is great, but it isn’t all about “we are taking these steps so we can get better end products”. Design thinking, at least should, be about learning skills for the world that you can put in your quiver, which in turn often leads to better results.

But when doing anything we must accept that we will fail. We should not however strive to fail. Failing stinks. It’s pretty painful sometimes and not fun at all. When we do fail we want to learn from the failure, but that doesn’t mean we try to fail in order to learn.

The sad truth is that the world isn’t Disney World. It isn’t easy to make a change. It takes slow, hard work most of the time. At MVPS we have really moved fast into the world of rethinking education, and that has effected me because I still have experienced this slower process due to the fast pace I’ve come accustomed to.

As far as where to go next I don’t exactly know, but I did have a realization.

Not everyone wants this change of schooling because everyone has different world views, so maybe the first step for me should be figuring out how to make what I want happen for me and the people I know that want it too. Then when others see what we are doing, maybe they will come to the conclusion on their own that they want to join the movement and I’d be happy to help them join the Creation Nation.

(This is a new term I’ve been thinking about, that has probably been used before, but I don’t really care if it has or hasn’t. Creation Nation: A term to describe the people that want school to fill their quiver with the skills necessary to learn, do, and create with the understanding of the inevitable failure, yet have the ability to keep trying even after failure and criticism from people that think they are crazy. They do what they do not because others say so, but because they have something they just have to get out and want to help create for the people of today and tomorrow.)